I'm trying to install a Lutron Maestro sensor dimmer to replace an existing bathroom light switch (on the left in picture) that is beside a fan switch (on the right in picture), however I can't seem to make sense of the wiring because:

1) the upper terminal of the light switch has two wires leading to it (from what I've read it might be the Jumper taking power to the fan switch?)

2) the existing switch doesn't appear to be grounded as there is no wire attached to the green screw on either of the switches. I also can't seem to find a screw in the metal box that would be used to ground the switch.

I've attached a picture of the existing setup and the new sensor dimmer I'm trying to install.

Many thanks in advance!! 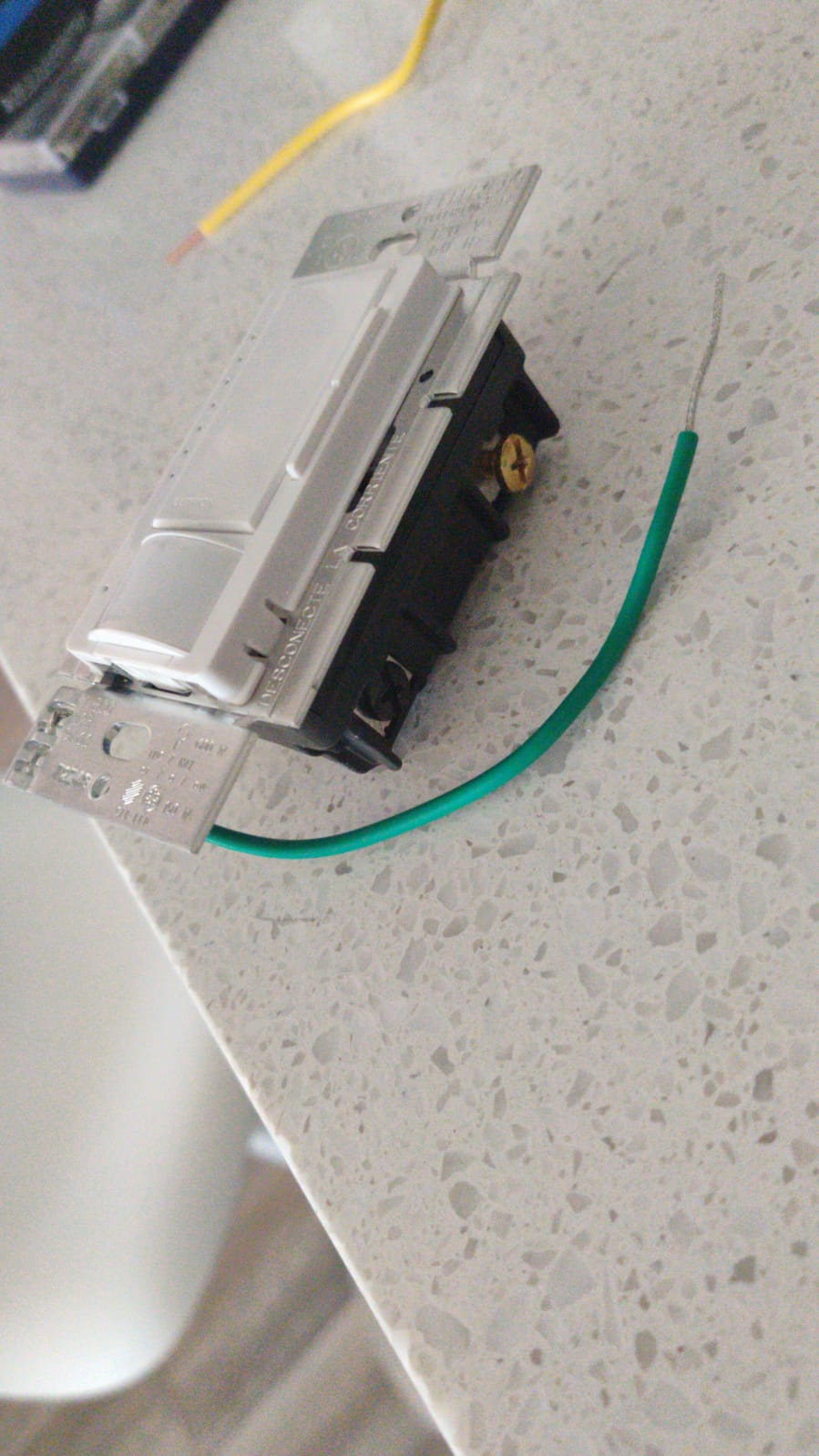 Are you looking for the answer?
Original Question and Possible Answers can be found on `http://diy.stackexchange.com`
Question Tags: dimmer-switch, lighting, motion-sensor, wiring